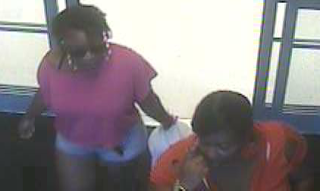 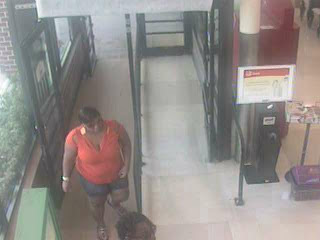 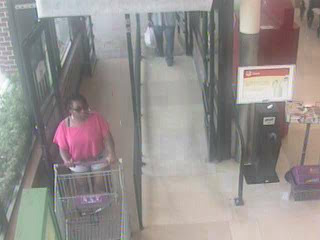 The United States Park Police Criminal Investigations Branch is seeking information regarding the individuals in the above photographs. The subjects shown in these photographs are wanted for questioning by the United States Park Police regarding Check Fraud and Receiving Stolen Property. The above individuals were captured entering and exiting Giant Food Stores located in Woodbridge, Virginia and Springfield, Virginia on July 17, 2013 at approximately 7:06 pm and 7:55 pm.

Vehicle Sought In Connection With Homicide 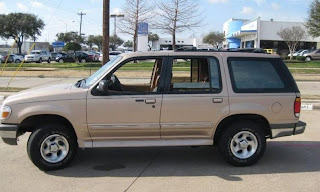 *not actual vehicle, reference only*


VEHICLE SOUGHT IN CONNECTION WITH HOMICIDE


THE UNITED STATES PARK POLICE ARE INVESTIGATING A HOMICIDE AND THE WHEREABOUTS OF THE VICTIM’S VEHICLE IS UNKNOWN. THE ABOVE IMAGE IS THAT OF A SIMILAR MAKE AND MODEL VEHICLE. THE VICTIM IS KNOWN TO HAVE USED VARIOUS DIFFERENT LICENSE PLATES SO THE TAGS ARE UNKNOWN AT THIS TIME. ANYONE HAVING CONTACT WITH THIS VEHICLE SHOULD USE CAUTION AS THE OCCUPANTS SHOULD BE CONSIDERED ARMED AND DANGEROUS. ANYONE WITH INFORMATION REGARDING THIS VEHICLE SHOULD CONTACT THE UNITED STATES PARK POLICE AT 202-610-7515.

Posted by Sergeant Anna Rose at 11:41 AM

50th Anniversary of the March on Washington

August was a busy month for the U.S. Park Police assigned to the Washington D.C. area, we had two special events - the 50th anniversary of the March on Washington which was on Saturday August 24 and the 50th anniversary "Let Freedom Ring" Commemoration and Call to Action which was 4 days later on August 28. Extremely large crowds attended each event. On Saturday August 24 the weather was anything but typical for late August in Washington D.C., it was sunny, low 80s , low humidity, and absolutely beautiful! August 28 brought back reality, cloudy, 90, high humidity and on and off showers. The heat was a factor for each event. There were numerous medical calls for heat related illnesses, luckily none too serious.

Both events had entertainment, VIP speakers, celebrities and politicians. The 50th anniversary "Let Freedom Ring" event also, had President Obama and two former Presidents Carter and Clinton participate as well as the King Family and other civil rights representatives. Needless to say security was extremely tight and the U.S. Park Police officers worked long hours, not only on the day of the events, but also the days leading up to the events. The men and women of the U.S. Park police performed their duties tirelessly and with the utmost professionalism, and for those two days were able to witness history in the making.

These events could not have been successfully implemented if it were not for collaborative efforts of the NPS personal, Washington D.C. Metropolitan Police Department, United States Secret Service, and the D.C. National Guard along with other state and local agencies that assisted.

These events are a piece of history and is another proud moment for the U.S. Park Police! 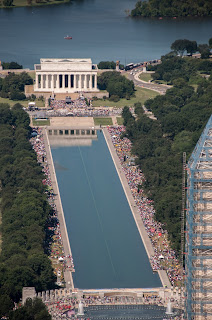 Posted by Sergeant Anna Rose at 7:19 AM