The United States Park Police Criminal Investigations Branch is seeking information regarding the individuals in the below photographs. The subjects shown in these photographs are wanted for questioning by the United States Park Police regarding Check Fraud and Receiving Stolen Property. The below individuals were captured entering and exiting Giant Food Stores located in Woodbridge, Virginia and Springfield, Virginia on July 17, 2013 at approximately 7:06 pm and 7:55 pm. 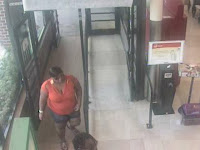 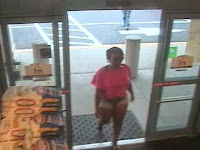 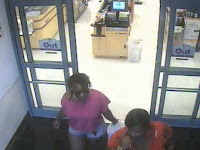 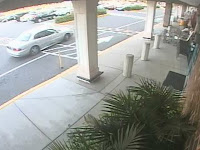 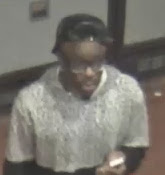 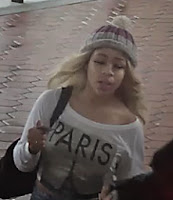 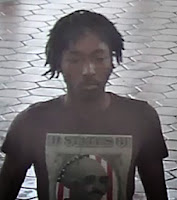 One of the black male suspects pointed a handgun at the victim and demanded her purse and IPhone, then fled the area on foot. On December 4, 2013 at approximately 8:38 PM, video still images were captured in the area of the Brooklyn Metro Station. The individuals in these video still images were using the victim’s smart trip metro card to enter the Brooklyn Metro Station, and the individuals also used the smart trip metro card at several other metro stations from 12/04/2013 to 12/12/2013.

Today, Wednesday December 25, 2013, at 3pm, USPP ComSec received a call for a male not breathing at the Anacostia Park Pavillion. USPP units and DC EMS arrived on the scene and discovered an adult male to be unresponsive on arrival. USPP & MPD Detectives responding.  This case is being handled as a death investigation, and will be T.O.T. MPD. The cause of death is unknown, with no obvious signs of foul play. Nothing Further
Posted by Sergeant Anna Rose at 4:14 PM 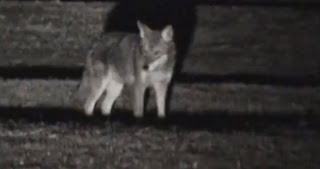 A pair of coyote (Canis latrans) were confirmed at Ft. Hunt Park last week. One adult and one juvenile coyote were photographed in the evening hours.


Coyotes are a very widespread species and their range stretches from coast to coast. These intelligent animals have adapted to suburban and urban environments. Coyotes have been living in the Washington D.C. area for over a decade and have been documented in Rock Creek Park, local county parks, and the George Washington Memorial Parkway. Since coyotes are often nocturnal, or night-active, they are rarely seen.


If you have questions or other wildlife sightings, please contact NPS Natural Resource Program Manager Brent Steury at brent_steury@nps.gov 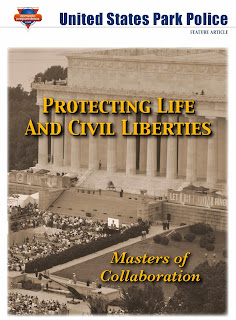 DomPrep is an information resource for the preparedness community to include emergency planners, responders and receivers from multiple disciplines in multiple jurisdictions.

The intent of this article was to not only describe the planning, training, and collaborations that occur behind the scenes, but also to highlight the extensive - but not widely known - responsibilities of the United States Park Police.

Patrick C. Smith has 26 years of service with the United States Park Police including 14 years in command level positions.

He has served the past two years as the Major/Commander of the Icon Protection Branch which includes Special Forces (SWAT, K9, Aviation, Motors and Honor Guard), Special Events Unit, Icon Protection Unit and the Central District Station.

Other positions he has held include International Association of Chiefs of Police Visiting Fellow, SWAT Sergeant, Patrol Sergeant, Criminal Investigator, SWAT Officer and Patrol Officer. In addition he has been detailed to the Secretary of Interior’s Protection Detail on numerous trips to Latin America. Major Smith holds a Bachelor of Arts Degree from George Mason University in Government and Politics, has completed graduate level courses from the University of Virginia, is a graduate of the FBI National Academy and FBI Law Enforcement Executive Development Seminar and speaks Spanish fluently.

Effective today, Sunday, December 15, 2013 Major Smith will be promoted to the rank of Deputy Chief, and serve as the Acting, Assistant Chief of Police.
Posted by Sergeant Anna Rose at 7:07 PM 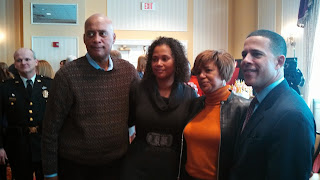 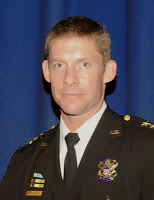 Deputy Chief MacLean was hired by the National Park Service in July 1991, and is a twenty two year veteran of the Force. He has held myriad operational and administrative positions within the Force during his career, most notably of which was his assignment as the Commander of the Homeland Security Division, during which he oversaw the Icon Protection mission in DC and NY. He currently serves as the Commander, Services Division, which entails oversight of the Force's administrative and personnel functions.
Deputy Chief MacLean's role as Acting Chief of Police is effective Friday, December 6, 2013.
Posted by Sergeant Anna Rose at 8:37 PM 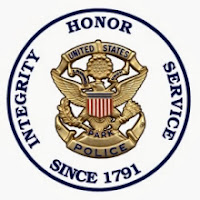 WASHINGTON - Carlos Joel Alonso, 24, of Maryland was presented before a Judge at the District of Columbia Superior Court yesterday on a complaint charging that he left the scene of a crash prior to the arrival responding emergency personnel.


The crash occurred on October 11, 2013, on Memorial Drive and Arlington Memorial Circle. The United States Park Police investigated the crash which revealed negligence of the operator resulting in the fatality of passenger; Katherine Jane Brannon RAHIM who died from injuries sustained in the crash. Alonso who left the scene was found several hours later at Columbia Island Marina.


As a result of the United States Park Police investigation a District of Columbia Superior Court arrest warrant was issued for Carlos Joel Alonso charging him with negligent homicide. On December 3, 2013 Alonso turned himself into a Park Police processing facility and was later presented in court. Alonso surrendered his passport and was released with a preliminary hearing scheduled for December 13, 2013.
Posted by Sergeant Anna Rose at 1:12 PM