On Tuesday, August 25, 2009, at approximately 7:37 a.m., a United States Park Police officer with nineteen years of service was injured while on a traffic stop in the safety shoulder of the Baltimore Washington Parkway southbound lanes, south of Route 197.

At the time of impact, the officer was pulled under his cruiser and dragged for approximately 40 feet along the road surface before the vehicle finally came to a stop. The officer was pinned under his cruiser until rescuers could remove him. He was transported by the United States Park Police Helicopter to the Washington Hospital Center with non life threatening injuries.

This case is being investigated by the United States Park Police Criminal Investigations Branch.
Posted by Captain Robert Lachance at 3:22 PM

Eagle 2 was dispatched to Old Rag Mountain on August 11, 2009 at about 10:00 am to help National Park Service Rangers in extracting an injured person. The Park Rangers were responding to a hiker who had injured his leg in a fall. These Rangers knew that they faced a difficult rescue because the patient was so deeply in the woods on the mountain that they would need to hike for almost two hours just to find him. After that, they would likely need to carry the injured person for several hours up and down the highest mountain in Shenandoah National Park just to get him to a waiting ambulance.

The temperature was approaching 100 degrees with high humidity.

This is exactly the type of rescue that demonstrates the value of airborne law enforcement.

After the aircraft arrived, the crew spotted the injured person on a rock. The area was surrounded by trees, had steep rocky faces, and unpredictable winds coming off the mountain.

Sgt. Chittick located an area near the patient where he could discharge a Paramedic using a step off. Ofc. Hurley leapt to the ground, and carrying medical supplies hiked to the patient.

After the patient was evaluated and treated, Sgt. Perkins, operating a hoist with a rescue net, lifted the patient out of the scene, and to a waiting ambulance. Once the patient was picked up by the ambulance, Eagle 2 returned to retrieve Ofc. Hurley by hoisting him up with the "Jungle Penetrator."

Dropping the rescue net and penetrator through the trees is hazardous as if the equipment caught on a tree, it would need to be detached from the aircraft.
Posted by Sergeant Anna Rose at 2:58 PM

Officer Of The Month

The following is taken from the official release of the National Law Enforcement Officers Memorial Fund:


"The National Law Enforcement Officers Memorial Fund has announced the selection of Officer Adam E. Zielinski of the United States Park Police as its Officer of the Month for July 2009.

"Established in 1791 by President George Washington, the United States Park Police (USPP) is one of the oldest law enforcement agencies in the country. Providing law enforcement services to designated areas within the National Park Service, the USPP's major deployments are in Washington, DC, New York City and San Francisco. In the nation's capital, the agency is tasked with protecting some of the most recognizable and visited monuments and memorials in the world, while providing law enforcement services for some of the busiest roadways in the country.

"In 2003, Officer Adam Zielinski joined the U.S. Park Police. Just six years into his service with the department, Officer Zielinski's file is full of commendations and awards for lifesaving actions as well as his commitment to exceptional police work.

"One shining example occurred on the evening of November 30, 2008, when USPP officers responded to the scene of a motor vehicle crash on the Baltimore-Washington Parkway. One of the parties involved in the crash had sustained multiple injuries including a compound fracture of his right leg that resulted in excessive blood loss. Observing the man's injuries, Sergeant Russell E. Fennelly immediately contacted Officer Zielinski, a Maryland certified and insured paramedic, for assistance.

"Once on the scene, Officer Zielinski immediately took charge of the situation. Requesting a Hare Traction Splint from the ambulance personnel, Officer Zielinski worked to control the bleeding, treated the victim for shock, and applied the splint to the victim's leg in order to stabilize him enough to be transported. During the surgery to repair his leg, the victim required more than six pints of blood, indicating just how close he had came to dying of blood loss.

"For his efforts, Officer Zielinski received the USPP's Lifesaving Award. The victim was so grateful that in a letter to Park Police Chief Salvatore Lauro he wrote, 'I had a severe injury that would have ended my life if it wasn't for the quick thinking of Officer Adam Zielinski. He should truly be recognized for his knowledge, bravery, quick thinking and caring for others in the community.'

"This lifesaving effort was one of many heroic actions taken by Officer Zielinski during his law enforcement career. Others included jumping into the frigid waters of a creek to make sure everyone was out of an overturned vehicle; keeping a man who was under the influence of alcohol and PCP calm in order to make a peaceful arrest; and using his paramedic skills to save the life of a man in cardiac arrest before backup arrived. In nominating Officer Zielinski for the Officer of the Month Award, Sergeant Mark Schuette wrote, 'Officer Zielinski consistently performs in an exemplary manner as evidenced by his numerous awards, as well as achieving the highest level evaluation in his performance appraisals for 2007 and 2008.'

"As a member of the USPP, Officer Zielinski continues to serve and protect both residents and visitors in the Washington, DC area. He is also a member of the Fraternal Order of Police, DC Lodge 1. Officer Zielinski is the second United States Park Police officer to be awarded the NLEOMF's Officer of the Month Award. Officer Jeffrey Muller received the May 1997 award for diving into the Anacostia River to rescue an elderly woman trapped inside a vehicle that had rolled into the icy river.

"Officer Zielinski, along with the other Officers of the Month for 2009, will be honored at a special awards luncheon in Washington, DC, in May 2010 during National Police Week. In addition, their stories of heroism and service will be featured in the Memorial Fund's 2011 calendar."
Posted by Sergeant Anna Rose at 2:06 PM

A Time To Reflect

The loss of any police officer's life brings sadness to all officers and most especially to the surviving members of the lost officer's Police Department. August is a difficult time for the United States Park Police as several officers with this Department died during this month. Please remember these officers who gave their lives for their community.

Officer Hakim Farthing was struck and killed by a drunk driver on the Baltimore-Washington Parkway.

Officer Fogarty was killed in a hit-and-run accident while on his police motorcycle.

Officer Kennedy was killed after being attacked by a mob. He was on patrol at Logan Circle in Washington, DC, when he was attacked by a mob of up to 21 people and was beaten to death.
Posted by Sergeant Anna Rose at 1:35 PM

One person is dead after being struck by a car on the Baltimore Washington Parkway in Prince Georges County, Maryland.

Shortly after 9:00 pm on August 4, 2009, an adult male pedestrian was attempting to cross the northbound lanes of the Baltimore Washington Parkway just south of Maryland Route 450. He was struck by a northbound car. The pedestrian was pronounced dead at the scene. 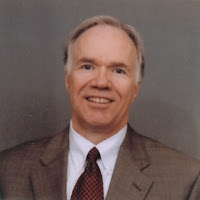 The United States Park Police is pleased to announce the selection of William Lynch as Assistant Chief of Police.

Bill Lynch has a significant history of service with the Department of the Interior starting with the United States Park Police as a Patrol Officer in 1978. He served in the Central District and Rock Creek Stations.He was later assigned to the newly formed plainclothes narcotics enforcement unit.

After serving as a Sergeant in the George Washington Parkway and Central District Stations, he was promoted to Lieutenant. He was a Shift Commander, Assistant Commander of Planning and Development, and Commander of the Protection Detail for the Secretary of the Department of the Interior. Lynch was detailed to the United States Fish and Wildlife Service and commanded the security for the 9th Meeting of the Conference of the Parties, Convention on International Trade in Endangered Species.

When Bill Lynch was promoted to Captain, he was the Regional Law Enforcement Specialist for the National Capital Region, Watch Commander, East District Commander, and Assistant Commander of the Administrative Branch.

Bill Lynch was detailed to the United States Park Police as the Acting Deputy Chief of Operations through the 2009 Presidential Inauguration.

Assistant Chief Lynch is a graduate of the FBI National Academy, the Federal Law Enforcement Training Center, and the State University of New York College at Buffalo with a BS in Criminal Justice.
Posted by Sergeant Anna Rose at 11:54 AM