The United States Park Police, Criminal Investigation Branch, is currently investigating a Sexual Assault that occurred on the Capitol Crescent Trail north of Three Sisters in the area of Water Street, NW, Washington DC, on Wednesday, July 26, 2012 at approximately 2116 hours.

Below is a sketch of the suspect. 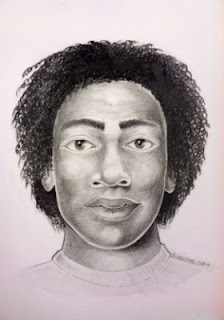 The suspect description is as follows:


Wearing a white shirt, possibly a tank top or cut off sleeves


If you come in contact with any individuals that match the above descriptions, please take the appropriate action, document the contact thoroughly, and notify Detective Glenn Luppino 202-610-8750, reference case #12-36735.  U.S. Park Police Tip Line 202-610-8737.

The U.S. Park Police is seeking any information concerning the subjects in the photographs below.

The first case represents the skeletal remains of an adult black male in his mid-thirties who was approximately 5’7”-5’8” tall. The remains were discovered on January 16, 2003, by a National Park Service maintenance worker who was cleaning debris from under the Theodore Roosevelt Bridge.

The second case represents the skeletal remains of adult Asian male in his late-(thirties to early forties who was approximately 5’5” – 5’9” tall. The remains were discovered on February 13, 2011, by a man walking his dog in the area of Fords Landing Way in Alexandria.  This area is also known as Jones Point.

Please call the tip line at (202) 610-8737 with any information concerning the two individuals.

Posted by Sergeant Anna Rose at 9:17 AM


On 7/24/12 at approximately 11:41 am, The U.S. Park Police (USPP) received notification from a Statue of Liberty ferry that a vessel capsized in the channel south of the Liberty Island main dock. U.S. Park Police Officers T. Hasset and C. Murphy assigned to Marine-7 responded to the scene. Upon arrival they found a 36 year old male wearing a life jacket and clinging onto his capsized 15 foot Laser sail boat. He was the only person onboard the vessel when it capsized. The operator of the vessel was complaining of stomach, and chest pains at the time Marine-7 arrived. The subject was brought onto Marine -7 by the USPP Officers Hasset and Murphy and transported to the Liberty Island dock where he was checked by National Park Service EMT’s. The subject was physically exhausted from attempting to right his vessel during the windy conditions, and stated that he was in the water for approximately 40 minutes. After a short period of rest the subject recovered. Great team work by the U.S. Park Police and NPS!
Posted by Sergeant Anna Rose at 10:01 AM

The United States Park Police Criminal Investigations Branch is seeking information regarding the individuals in the photographs below. The subjects shown in these photographs are wanted for questioning by the United States Park Police regarding Stolen Government Property. The above individuals were photographed entering and exiting the Aquatic Education Center located in Anacostia Park, SE, Washington DC, on Wednesday, June 27, 2012 at approximately 5:15 pm. 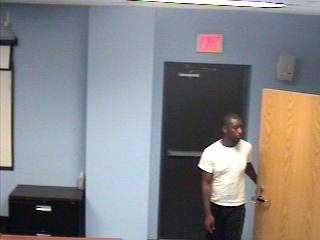 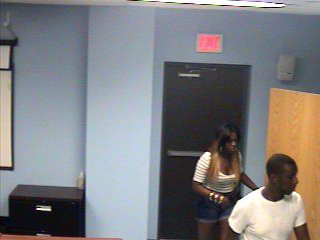 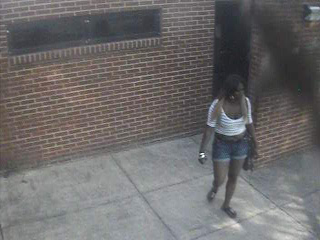 Anyone with information regarding the identity and/or whereabouts of the individuals pictured in the above photographs is asked to call the United States Park Police Tip Line at 202-610-8737.


Posted by Sergeant Anna Rose at 7:35 AM