The USPP horse mounted patrol unit in San Francisco operate out of a historic barn located in the Presidio. The unit patrols throughout Golden Gate National Recreation Area and participates in a number of special events throughout the year, including parades, dignitary visits and other special events. The unit also supports other national parks in the San Francisco Bay area.
Posted by Sergeant Anna Rose at 9:09 AM


﻿
﻿ ﻿ On Thursday, February 20th, the Park Police held an awards ceremony to recognize NPS and other personnel for their bravery while responding to the Washington Navy Yard shooting incident last September.

The ceremony was held at the USPP Anacostia Operations Facility. A total of 156 awards were conferred, including three medals of honor, one combat medal, one lifesaving award, 20 awards of merit, and 121 chief’s certificates of appreciation. Nineteen of the later went to outside agencies, including the Metropolitan Police Department, Fairfax County Police, Department of Health and Human Services, Maryland State Police, and Prince Georges County Police.
Posted by Sergeant Anna Rose at 2:48 PM 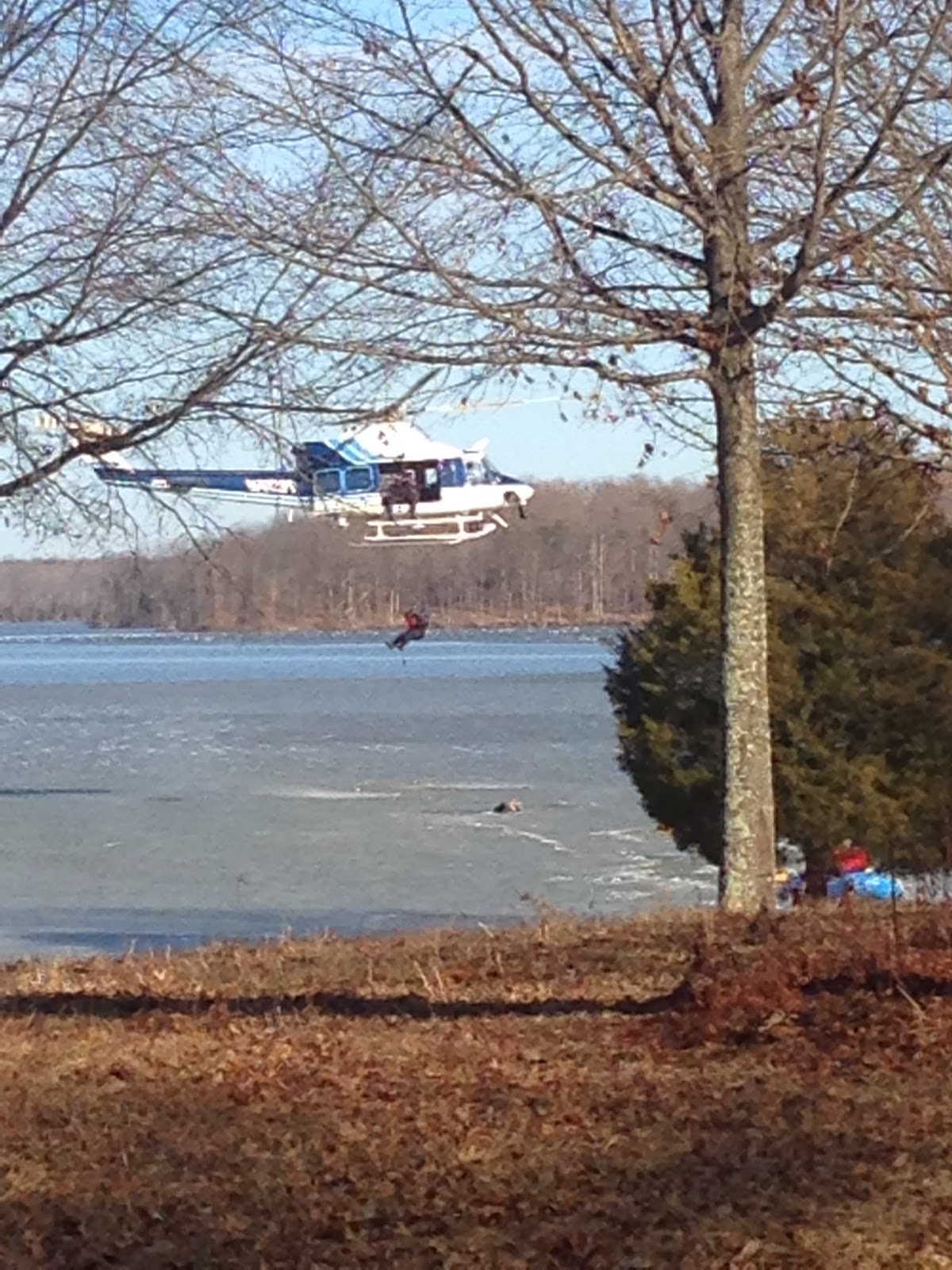 ﻿ On the afternoon of Sunday, February 23rd, the United States Park Police Aviation Section received a mutual aid request from the Prince William County Fire and Rescue Department, which sought assistance from a Park Police helicopter with an ice rescue at Lake Manassas in Gainesville, Virginia.

US Park Police Eagle 2 responded with a crew of four – Sgt. Kevin Chittick, pilot; Officer Ryan Evasick, co-pilot; and Sgt. David Tolson and Officer Michael Abate, rescue technicians. Eagle 2 arrived on the scene at about 3:45 pm and was asked to assist by hoisting an elderly man who had been stranded on Lake Manassas after his canoe became flooded with ice cold water.

Prince William County Fire personnel had entered the water in ice rescue suits to attempt the rescue, but their efforts were hampered by unstable ice and dangerous conditions. Chittick positioned Eagle 2 for the hoist and Tolson was lowered about 20 feet to the man, who was attached to a rescue strap and then hoisted aboard the helicopter.

Chittick then flew it to the nearby shoreline, where the man was lowered to the ground. Paramedics transferred the man to a waiting ambulance and began basic and advanced life support treatment for severe hypothermia. Eagle 2 then returned to the scene. Evasick was lowered to the canoe, where he located two dogs. He was able to rescue both animals and subsequently bring them to shore.

"I met some lovely people from Washington Humane Society and all walks of life who share one thing in common, the love of animals," said Psak.

While networking with animal control investigators, Psak further noted that it gave her "the opportunity to thank them for what they do to help us with our animal and wildlife cases."

As a canine handler, Psak is well aware of the bond that can be forged between animals and humans and is passionate about educating others on ownership and care.

The Washington Humane Society's assistance is often called upon to assist United States Park Police officers with a variety of animal/wildlife cases, such as dogs at large in parks, animals found confined in vehicles or RV's, and even in rare cases where animals need a temporary safe haven when their owners are involved in a crash, an arrest, or some other unfortunate circumstance within the Park System.

"Jersey" was noted to have a great time – "not only did she overindulge in treats, she got tons of attention from everyone, something she enjoys almost as much as doing police work."

Sugar and Champagne provided a wonderful opportunity for the United States Park Police to show its support and appreciation for the Washington Humane Society's law enforcement officers, animal care and control officers, and humane educators.
Posted by Sergeant Anna Rose at 2:30 PM 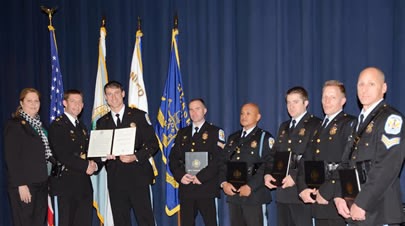 According to his plea agreement, from April 14, 2011 to January 30, 2012 ATF and U.S. Park Police agents made eight controlled purchases of cocaine base from Anderson totaling 308.8 grams. Anderson received a total of $11,000 for the drugs. The drugs were sold in different locations in Prince George’s County, Washington, D.C. and Oxon Hill, Maryland. On June 6, 2013, a search warrant was executed at Anderson’s residence. Agents seized a pistol. Anderson had previously been convicted of a felony and was prohibited from possessing a gun.

A federal grand jury has indicted David DiPaolo, 31, on charges of voluntary manslaughter in connection with the death of a man in Carderock, an area within the park. According to the indictment and other court documents, the victim, another climber, was found on a trail in Carderock with massive head injuries.

The indictment alleges that after arguing with the victim, DiPaolo killed him by repeatedly striking him in the head with a blunt object. DiPaolo was arrested by New York State Police officers on January 8th and had an initial appearance in U.S. District Court in Albany, New York. He was then transported to Maryland by U.S. marshals. DiPaolo faces a maximum sentence of 15 years in prison for voluntary manslaughter.

The United States Attorney praised U.S. Park Police personnel for their work in the investigation. 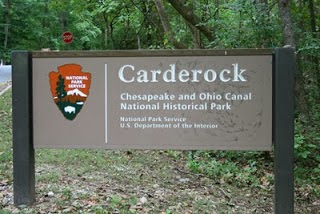 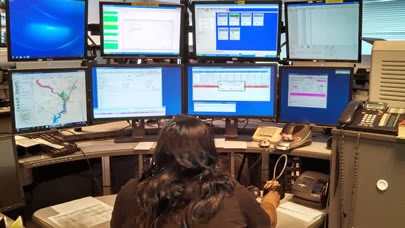 The United States Park Police recently installed a new computer-aided dispatch (CAD) system in their dispatch center in Washington, DC. The Logisys Northstar CAD system will consolidate the call taking and dispatching functions of their 911 style center and will include a GIS mapping capability that will allow for more effective dispatching of officers and assets to an incident.

The CAD system communicates directly with the Department of the Interior's Incident Management Analysis and Reporting System (IMARS). This will allow for more efficient reporting, tracking and management of information related to all law enforcement incidents. The CAD system will also provide more detailed records regarding the hundreds of incidents that the United States Park Police handles on a day-to-day basis, which will allow for better management and allocation of resources.

The Park Police dispatch center for the San Francisco Field Office, which services both Park Police and NPS ranger law enforcement operations and is a 911 primary public safety answering point (PSAP), recently upgraded its aging CAD system to the Logisys Northstar CAD system. The office is also employing the Logisys mobile data solution for interactive dispatching from dispatch center to officer in the field through mobile data computers.
Posted by Sergeant Anna Rose at 1:33 PM