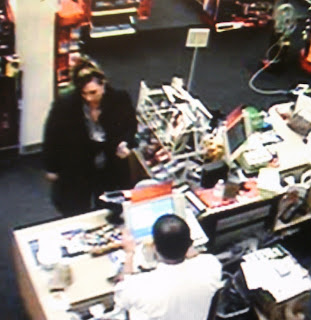 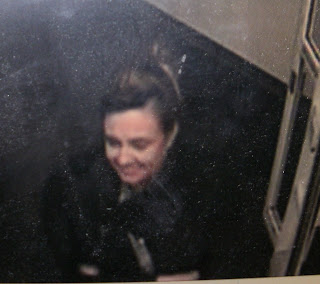 The robbery happened on Saturday February 18, 2012 in the park at 20th Street and Connecticut Avenue NW Washington, DC at about 6:00 am.

The first suspect struck the victim in the head with what was later found to be a replica handgun. This suspect was described as a black male, medium brown complexion, clean shaven, about six feet tall, weighing 200-215 pounds, 30 to 40 years old and with a muscular build. He was wearing a black coat and a black wool skull cap.

The second suspect used the victim’s credit card at several shops in the area of P Street between 14th and 17th Streets NW. This suspect is the woman shown in the surveillance photos. She is believed to be a white female with brown hair with highlights, and 30-40 yrs of age. She completed or tried to make purchases of food, gift cards, and cell phones. She was seen driving what is thought to be a 2 door White Mitsubishi Eclipse.