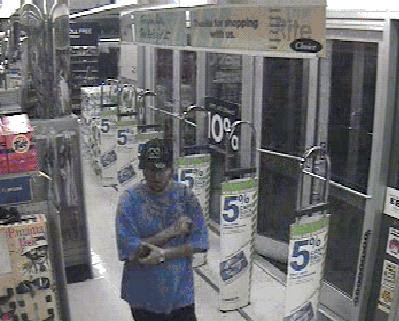 The U.S. Park Police is investigating a Robbery that happened on May 5, 2010 at 2:30 am in “P Street Beach”, Northwest, Washington, DC. “P Street Beach” is a park located at 23rd Street and P Street NW and going down a long hill towards Rock Creek.

The suspect is an Hispanic male, with a thin beard, wearing black pants, blue t-shirt, black striped hat and carrying a black backpack with a Nike swoosh and black string shoulder straps.

The suspect stole the victim’s wallet and used his stolen credit card throughout the Dupont Circle area.

Any one with any information about the described suspect is asked to contact the U.S. Park Police tip line at 202-610-8737.
Posted by Sergeant Anna Rose at 11:29 AM

There will be road closures in the downtown area during the weekend of June 19th and 20th to accommodate the Washington DC Triathlon.

The following closures and times will be implemented:

• 3:30 am – 4:00 pm West Potomac Park will be closed. Tourmobile will be given access as soon as the road is cleared even if it is closed to other traffic

• Pedestrian access to Memorial Bridge will be closed from 5:00 am until 8:00am

United States Park Police Officers will be in the area to assist motorists and pedestrians. These closures will significantly limit vehicle traffic and parking. We advise visitors to use public transportation.
Posted by Sergeant Anna Rose at 7:30 AM 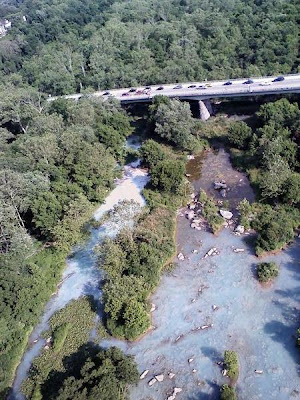 This vantage point furthers our mission of public safety, Icon protection, and preservation of natural resources.

Aviation patrols on June 8, 2010 touched on all three of these elements.

Aviation Sergeants Kevin Chittick and Chris Perkins completed their patrols of the downtown Washington, DC area and moved up the Potomac River towards Great Falls National Park where two people drowned the week before.

After clearing this treacherous river area, they headed down river for continued checks of the National Mall when they spotted a hazardous material situation impacting on NPS land.

These two saw a cloudy substance in the Potomac River near Little Falls Dam. The source was difficult to locate, however their diligent search indicated that the origin was near the reservoir that supplies drinking water for Washington, DC and Arlington, VA.

The Fire Department HazMat teams sampled the product and determined it to be “an organic substance” not dangerous to flora or fauna.

As this product was in proximity to the C and O Canal and flowing into the Potomac River, United States Park Police Detectives from our Environmental Crimes Unit will follow up the initial investigation to determine if further study is needed.
Posted by Sergeant Anna Rose at 8:57 AM