Memorial Day is the unofficial start to summer. Please remember river safety when visiting Great Falls, Virginia and Maryland. The Potomac River is unforgiving and too often deadly in the area of Great Falls.


For the visitors coming to Great Falls this Spring and Summer enjoy the area and please remember, entering the Potomac River, even just wading is not only dangerous, it is ILLEGAL.

Have a great spring and summer!

Posted by Sergeant Anna Rose at 8:08 AM

Police Week is always an emotional time for law enforcement officers from around the country as they gather in Washington, D.C. to honor their comrades who have fallen, past and present. For the United States Park Police one of our own was added to the National Law Enforcement Officers Memorial, Sergeant Michael Boehm.

On December 16, 2011, United States Park Police Sergeant Michael Boehm suffered a fatal heart attack while responding to a call involving an individual who jumped off of the Key Bridge into the C&O Canal in Washington, DC. Sergeant Boehm was assisting medics treating the subject when he collapsed.

Mike was a member of the International Police Mountain Bike Training Association (IPMBA). Mike was passionate about the benefits of mountain bikes used for police work and would often patrol the C&O Canal on mountain bike. 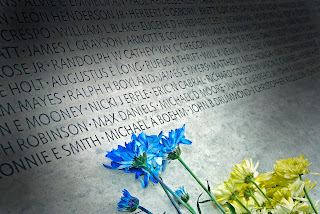 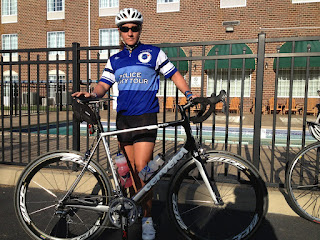 Posted by Sergeant Anna Rose at 8:15 AM

May 3, 2012 at approximately 6:40pm U.S. Park Police Helicopter Eagle - 2 responded to Shenandoah National Park at Old Rag Mountain to assist NPS Rangers with a rescue mission. Earlier in the afternoon a 42 year old male hiker had fallen and sustained a serious back injury. Eagle -2 hoisted the subject off the mountain and then transported him to a Virginia hospital for treatment. With the team work of the NPS Rangers and the U.S. Park Police the rescue mission was timely and successful.
Posted by Sergeant Anna Rose at 6:56 AM