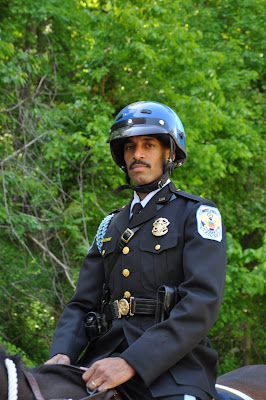 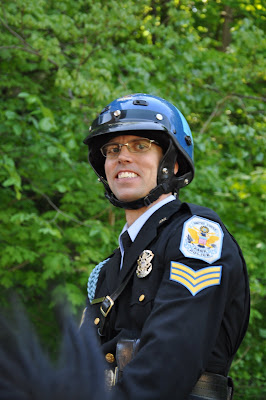 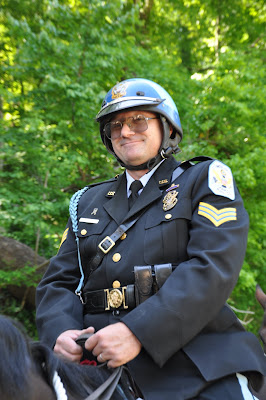 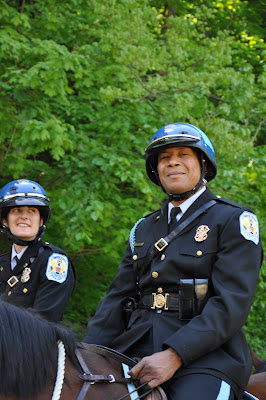 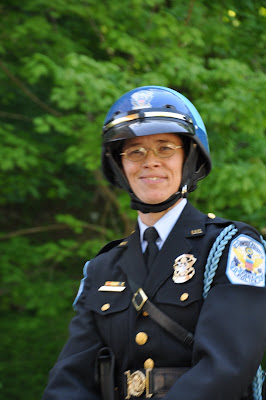 This training is considered to be some of the most physically challenging police training available with many sore muscles resulting!!

The following can rub horse liniment on their weary bodies and sigh with a great sense of accomplishment. 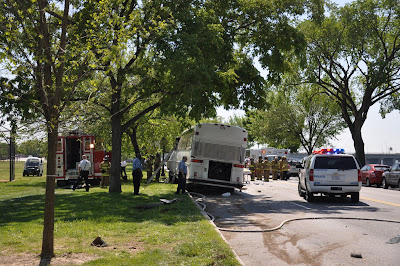 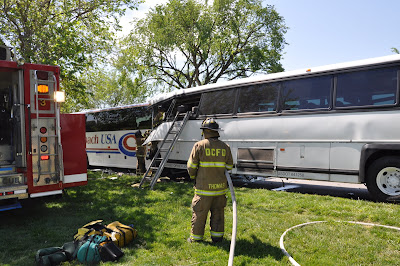 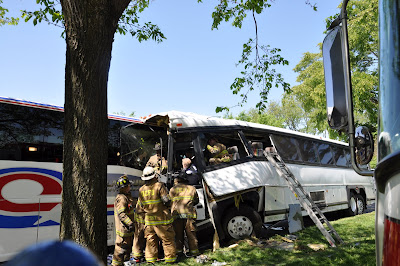 This crash happened on Ohio Drive at about 11:00 am and involved a head on collision.

One bus appears to have crossed onto the wrong side of Ohio Drive and struck what appears to be a stopped bus.

The driver of the stopped bus was able to get out of his bus and was treated by District of Columbia Fire Department personnel. He was transported to George Washington University Hospital with non-life threatening injuries.

The operator of the other bus was tightly pinned in the wreckage. DC Fire Department crews used saws, prying tools, and hydraulic spreaders to remove large parts of the front of this bus to free the driver. This extrication took almost one hour.