On January 24, at approximately 1:20 p.m., the United States Park Police responded to the Chesapeake and Ohio Canal National Historic Park in the area of Wide Water for a reported dead body. The body of a white male was discovered near the Billy Goat trail by passersby. The deceased has been identified as 48 year old Maxwell Kleiman of Washington D.C.

Anyone with information about this incident, please call the United States Park Police, Criminal Investigations Branch on (202) 610-8737.
Posted by Captain Robert Lachance at 8:07 AM 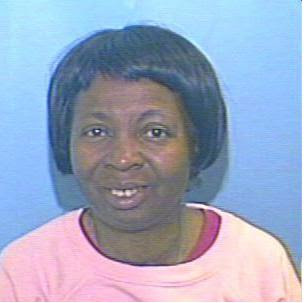 Mrs. Harper has been located in good condition.

Please contact the United States Park Police at 202-619-7105 or Detective Luppino at 202-610-8730 if you have any information regarding the whereabouts of Fannie HARPER.
Posted by Captain Robert Lachance at 1:51 PM 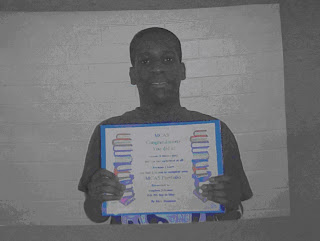 Update - 1/22/09 - Mr. Johnson has been located and is being reunited with his family

Please contact the United States Park Police at 202-619-7105 or Detective Scherr at 202-610-8730 if you have seen Steven Johnson or any law enforcement if you come in contact with Steven Johnson.
Posted by Captain Robert Lachance at 8:15 PM

Please contact the United States Park Police at 202-619-7105 or Detective Daniels at 202-610-8730 if you have any information regarding the whereabouts of Erskine Bates. Contact any law enforcement if you come in contact with Erskine Bates immediately.
Posted by Captain Robert Lachance at 6:35 PM

On January 20, 2009, at approximately 5:36 a.m., the United States Park Police were notified of a vehicular crash on Clara Barton Parkway at Lock 6. Initial investigation revealed a Honda Civic and a Ford Explorer travelling in opposite directions collided. The Honda was occupied by one male driver. The Ford was occupied by two male and two female occupants. There is one confirmed fatality. The other persons involved were transported to a local hospital and are being treated for their injuries.

Further investigation revealed the Ford was travelling west on Clara Barton Parkway and crossed over the median, striking the Honda. The deceased, who was the driver of the Honda is identified as 24 year old Joseph Quigley out of Annandale, Virginia. The driver of the Ford is cooperating with authorities.

On the afternoon of Sunday, January 18th, the United States Park Police will support the Welcoming Ceremony for President Elect Barack Obama at the Lincoln Memorial. The following roads will be closed in connection with the event. All closure times are subject to change.

There will be no pedestrian access across the Memorial Bridge or to the west side of the Lincoln Memorial. Pedestrians will not be able to access the event from the Arlington Cemetery Metro exit. We recommend the following metro stops for general public guests:
• Red Line: Farragut North and Metro Center
• Blue and Orange Lines: Farragut West, Federal Center and Smithsonian
• Yellow and Green lines: L'Enfant Plaza and Archives

General Public Access to the Inaugural Opening Ceremonies will begin at 8am. This event is free and open to the public and no ticket is required. The event start time has yet to be determined.

A complete list of prohibited items is listed on the United States Secret Service Inaugural website at http://www.secretservice.gov/presidential_inaugural.shtml

The District will implement DDOT's Operation Fast Forward timing on traffic signals located on 19 evacuation corridors following the festivities in order to facilitate traffic as it exits the downtown area. For details visit www.ddot.dc.gov.
Posted by Captain Robert Lachance at 7:36 AM

The United States Park Police Criminal Investigations Branch is investigating a Burglary & Theft which occurred at the Belle Haven Marina office trailer between the hours of 5:00 pm on Thursday, 12/18/08 and 8:00 am Friday, 12/19/08. Also, a boat was broken into and several large items, including tools and a television were taken.

A suspicious vehicle had been seen at the marina around the time of the Burglary and Theft.

Anyone having any information regarding this vehicle, or observing anything unusual during the dates of 12/18/08 and 12/19/08 in the area of Belle Haven Park and Marina is asked to contact Detective Kevin Fornshill at 202-610-8751, reference case #08-46951.
Posted by Captain Robert Lachance at 2:25 PM 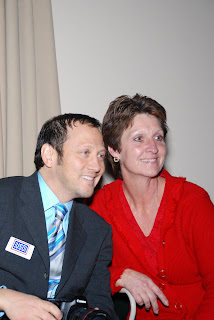 Over 500 soldiers and their families attended the party. After feasting on American, German, and Mexican food, guests received a surprise visit from comedians Adam Sandler and Rob Scheider, who visited with the heroes and signed autographs.

The National Capital Region, U.S. Park Police, Walter Reed Army Medical Center, and the Veterans Administration have partnered together in several programs designed to assist returning heroes. Operation War Fighter places soldiers in temporary jobs while they recuperate at the medical center, and Operation Homefront provides assistance to troops and their families. These programs have furthered NPS involvement with heroes and their families, as well as underscored the stated values of the US Park Police, to serve with integrity and honor. Most recently, US Park Police have partnered with the Rock Creek Park Horse Center and Guest Services, Inc. to provide a therapeutic riding program for veterans. Additional events are planned for 2009.

The VW sedan was occupied by the driver and two passengers. The front seat passenger suffered life threatening injuries and remains in critical condition. The driver and other passenger were treated for lesser injuries. The driver is cooperating with the detectives in the investigation.

The Nissan pick up truck was occupied by the driver who suffered life threatening injuries and remains in critical condition.